Last weekend (Nov 30th) I went along on the annual Bruce Birding Club trip to Hamilton. The club birds the Hamilton area on the Saturday, then participates in the OFO Gull weekend outing in Niagara on the Sunday. We started out around 9am at Tim's on Saturday, where we made our way to the Desjardins Canal. There had been a Western Kingbird there for a few weeks, however it hadn't been spotted for a few days. Some birds seen at the canal were; Wood Duck, Black-crowned Night-heron and Carolina Wren.


After we finished birding at th canal we headed to the Lasalle Marina, where we spent half an hour scanning the waterfowl. All the usual suspects were present, with highlights including; Canvasback, Ring-necked Duck, Surf Socter and Ruddy duck (full species list Here ).

Next we drove to the North Shore Road and hiked around some of the trails. There wasn't much around, but a few songbirds posed for pictures.


We then drove to the Lift Bridge, where a King Eider had been hanging out. We were greeted by the local Peregrine Falcons as soon as we stepped out of our cars.

While walking out on the pier we saw well over a thousand Long-tailed Ducks and after a few minutes of searching... the King Eider. This was a lifer for me, so it was pretty exciting to get great views of it.. There was also an adult male Surf Socter swimming among the long-taileds & I could resist a picture.


We had lunch at Hutches on Van Wagner's Beach, where we didn't see much besides a lone Common Loon. The last stop of the day was Grays Road, where we topped off the day with Black Scoters and a Barrow's Goldeneye.
We arrived in Niagara just in time to check into the hotel and drive to the library for the Gull talk/quiz by Justin Peter. As usual it was entertaining (the talk) and difficult (the quiz).


Leading up to Sunday the weather certainty wasn't looking promising (freezing rain and high wind) and the day didn't disappoint! My target bird was the Black-headed Gull that had been found a few days earlier. Since the rain called to start around 8:00, I got up at 7:00 and talked my mom into driving me to the Queenston Docks. Thousands of Bonapartes stream by the docks in the evenings, so I figured the morning would be worth a try. I got my scope out and spent the next 40 minutes scanning though around 2000 Bonaparte's Gulls, spotting a few neat gulls (Little and Lesser Black-backed) in the process. I was just about to leave when BOOM, full scope view of Black-headed Gull! This was my 2nd lifer of the weekend and it was pretty satisfying to "find" it myself. It was spitting rain at the time and I'm a suck when it comes taking my camera out in bad weather, so no pictures.

The OFO gull hike was cancelled due to bad weather, but I was already there so I kept birding until mid afternoon. I saw a total of 9 gull species during the day, which is pretty exciting for a Bruce Birder as we're lucky to get 4 species in a day. The 9 were; Ring-billed, Herring, Iceland (Kumlien's and Thayer's spp) , Glaucous, Great Black-backed, Lesser Black-backed, Bonaperte's, Little and Black-headed.

Here's a picture of my coat after a few minutes outside. Doesn't really do justice to the nasty weather. 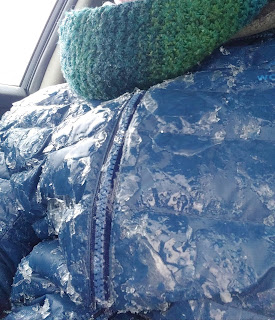 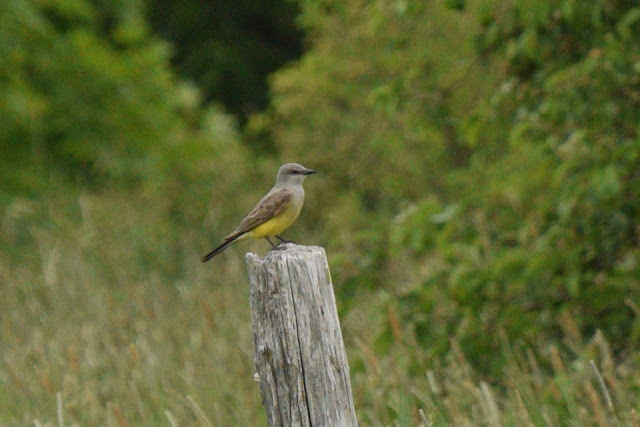 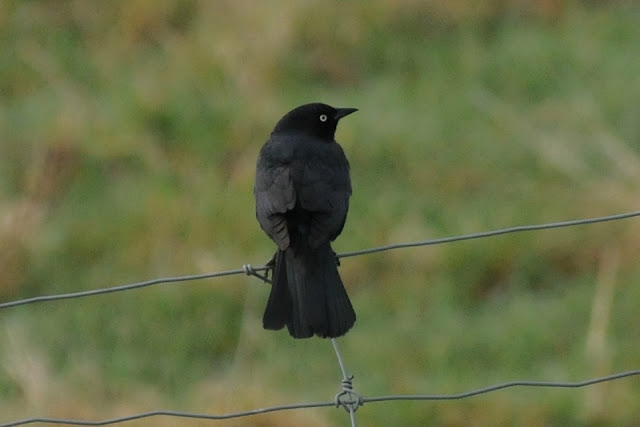 the fourth was with me (on the eBird big day) 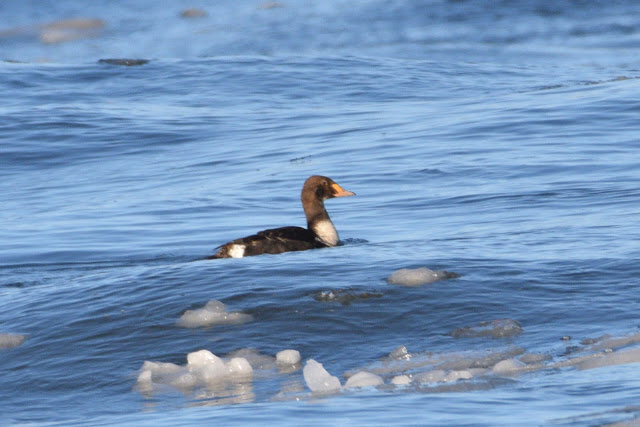